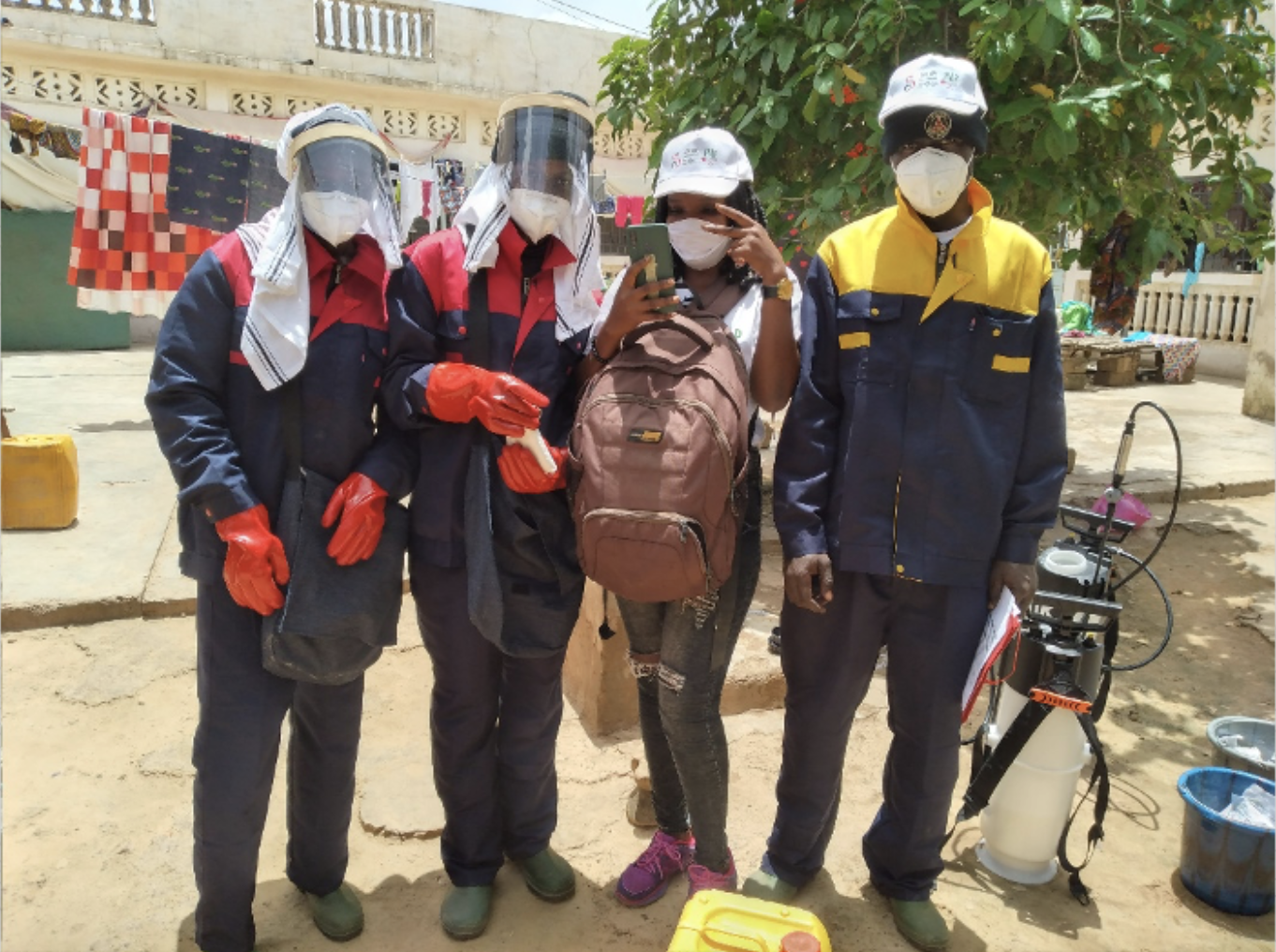 Reveal, an open-source Digital Global Good, claims Southern Africa (specifically Zambia) as the region which nurtured its development throughout its formative years and many phases of expansion. After six years of optimizing the delivery of household-level interventions in Southern and Eastern Africa, 2020 marked the first year that Reveal made its way to the western edge of the continent to augment malaria prevention programming in Senegal. Building on the success of their partnership in Zambia, PATH’s Malaria Control and Elimination Partnership in Africa (MACEPA) alongside Senegal’s Ministry of Health and Social Action collaborated with Akros to conduct enumeration and mapping in 7 districts, 4 of which used these maps to support indoor residual spraying (IRS) microplanning and delivery in 2020. With a better understanding of how granular geospatial data can support IRS planning in the second phase of this collaboration, these 4 districts used the Reveal mobile application to enhance their ability to deliver an effective IRS campaign and to more accurately understand spatial gaps in achieving campaign effectiveness. Notably, this was also the first opportunity for Reveal’s user interface to be made available in French so that francophone teams in Senegal could effortlessly make use of its features.

To achieve malaria elimination, resources must be targeted to high-risk populations and coverage levels must be adequate to interrupt malaria transmission. Reveal facilitates this process by providing an accurate population denominator that is verified by geospatial imagery. Using this imagery and these updated denominators, local governments can more accurately target health interventions and allocate resources more efficiently. Reveal then guides field teams to targeted settlements and then straight to the doorstep of the targeted structures for health service delivery, all while higher level decision makers can monitor program progress in near real-time.

During the first year of the partnership’s activities in Senegal in 2020, Akros focused on using geospatial techniques to map health facilities and nearby villages and housing. In doing so, geographic hierarchies were built to support microplanning for anticipated IRS activities. In 2021, the project further evolved to use Reveal for IRS implementation and monitoring in four districts (Kanel, Ranerou, Matam, and Linguere). Prior to the spray season, Akros and PATH began by training data collectors in each district, and trained district teams on how to use Reveal to review data and respond to that data appropriately to meet program goals. While field teams on the ground found the application easy to use for data entry, it took about a week for teams to get accustomed to spatially navigating themselves to settlements and structures on the map using the mobile-based mapping tools.

The results of the program were overall encouraging, with some key lessons learned for future IRS implementations. First up, teams were mostly effective at protecting each settlement that they visited. However, there were numerous settlements missed in between sprayed settlements, reducing the likelihood of impact. The data shows that between 67% and 80% of the settlements that received IRS achieved over 85% coverage, but teams only visited 64% of the total targeted structures and only targeted 59% of the total structures. This suggests more emphasis should be placed on better and more clustered settlement targeting. Secondly, settlements would need to be spatially assigned to villages to more accurately report village-level coverage as required by Senegal’s national malaria control program. Currently, settlements missed by the IRS teams within a village are not reported on; so village-level coverage is often overestimated. This is much more apparent in sparsely populated rural areas where settlements are far apart, as opposed to more urban settlements where village boundaries are easier to define. Lastly, feedback from the management teams on Reveal use was that they recognized how valuable the tool was to drive up coverage and enable more effective campaign delivery, but they would have liked to have had greater control over the Reveal setup and configuration process and been able to access the application on Google Play Store.

There is no granular spatial data from the 2020 IRS season to compare how coverage may or may not have improved as a result of using Reveal. This granular-level coverage comparison would be possible after a second year of implementation. However, the first year of implementing Reveal really helps to more accurately understand the denominator and give district teams a very good idea of the population and residential structure distribution across the campaign’s targeted areas. In addition, the first year of Reveal in Senegal really exposes the implementation gaps, as described above, down to a granular level. Once analyzed, this can help inform future strategy shifts toward more effective campaign delivery in the future. Since this project was completed, Reveal is farther down the path of complete end-user configuration and Google Play Store application access—which are both essential components to seeing our end goal of government ownership and scale achieved. The outcomes and lessons learned from this project are already informing other NTDs (neglected tropical diseases) and IRS Reveal operations currently being implemented across other parts of West, East, and Southern Africa.