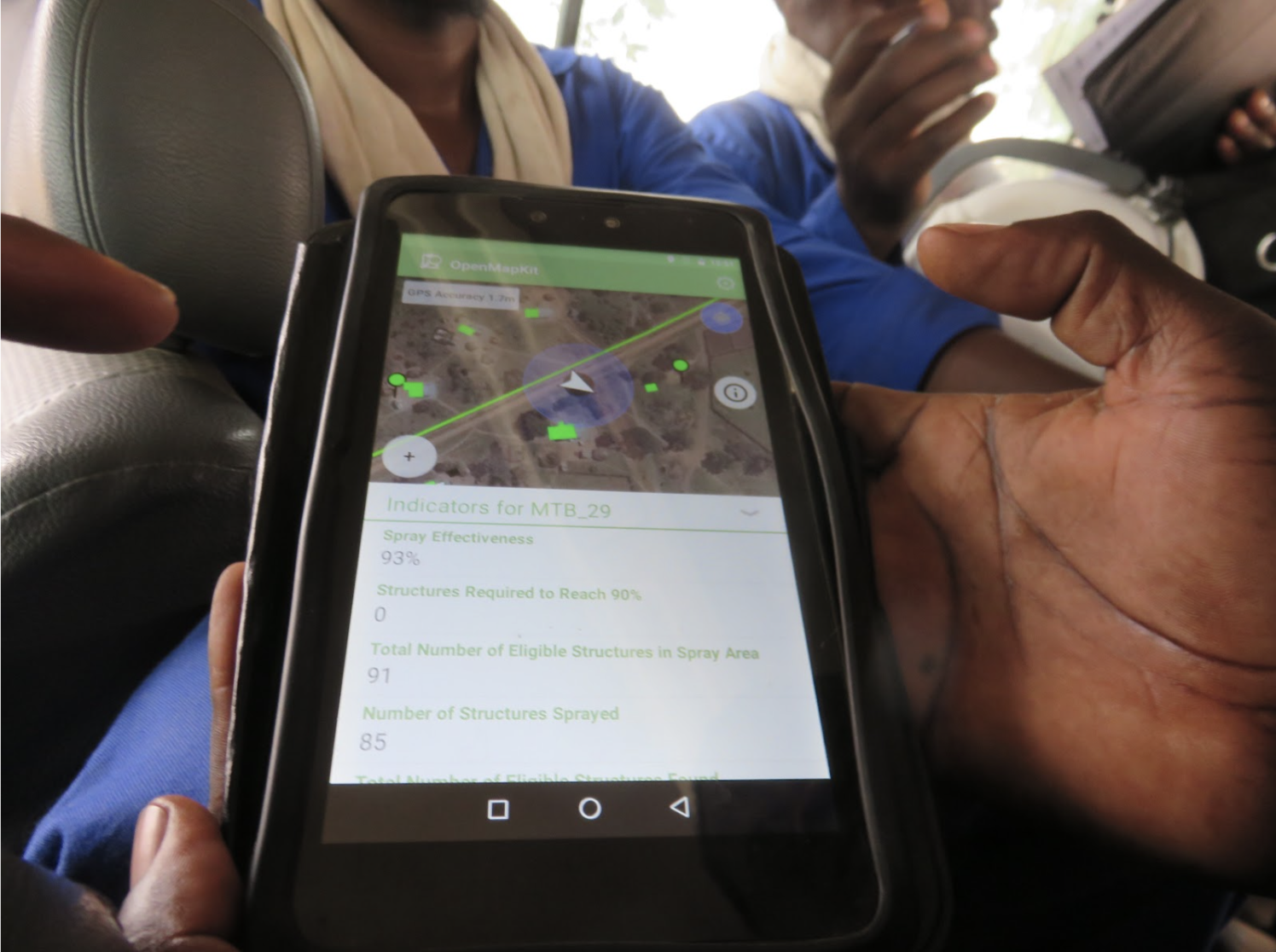 No matter the health campaign or tools used to implement the campaign, “mopping-up”–that is, bringing health resources to those people that did not receive them during the primary campaign–is critical.

“Mop-up” can be necessary for a variety of reasons, but the most common causes are inclement weather that impacted the ability to achieve the desired level of coverage, people not being at home when the field teams came knocking, or field teams ending delivery too soon. Mop up campaigns can be costly, so the need for accurate, real-time spatial data to inform these mop ups and protocols to drive them is critical. Reveal, a digital Global Good that equips field teams to reach the last mile, assists in these efforts by providing digestible maps and tables to mid- and high-level managers in near real time. Managers use these maps to understand areas which were missed in order to redeploy teams to those areas that did not receive sufficient coverage before the campaign concludes. For interventions such as indoor residual spraying (IRS) for malaria and immunization campaigns, this can mean the difference between a community attaining “herd immunity” or having gaps in coverage that render the intervention less effective.

Before Reveal was launched to plan mop-up in Kaoma District, in Zambia’s Western Province, district managers compared the number of houses sprayed per health facility with the number targeted, regardless of actual coverage numbers. The district would then mop-up health facilities that did not reach the target without fully understanding sub-catchment coverages and the location of the missed structures. With the introduction of Reveal however, this approach has changed dramatically to a more data and map-driven process, meaning solid gains on coverage targets and protection of entire villages.

During the 2021-2022 IRS campaign in Kaoma, the main spray took place in late November 2021. After it concluded, the IRS manager together with her team reviewed the Reveal dashboard for the purposes of planning for mop-up spraying. Review of the dashboard showed that four health facilities were highlighted in red, indicating a level of spray coverage that was insufficiently low—likely due to early rains experienced in these areas. According to the IRS manager, this red indicator on the dashboard was used to identify areas that needed to be mopped-up even before looking at the actual granular coverage data. The district was determined to “change the color” for these four facilities from red to either yellow or green (signifying achievement of desired coverage levels).

Once the four health facilities were identified, sub-catchment coverages were also reviewed for each facility to identify areas that had been visited but did not reach at least 90% spray coverage, as well as areas that were not visited at all during the main spray. These areas were identified and included in the Kaoma District mop-up plan.

Kaoma was initially given enough resources to support a mop-up period of seven days. However, after review of the mop-up plans, further resources were dedicated to the project to cover an additional 12 days of spraying, bringing the total number of mop-up days to 19. With these resources, the district was able to add more areas to be mopped-up by looking at the sub-catchment spray coverage and effectiveness of all the health facilities that had been sprayed during the main spray.

During mop-up spraying, the district team continued to monitor their spray progress in real-time using the Reveal dashboard. At the conclusion of the mop-up, just as the IRS manager had pledged during the planning stage, Kaoma District was able to change the four facilities’ dashboard color indicators from red to yellow at the end of the mop-up spraying, improving the coverage from an average of 54% to 80%.

True to her word, the IRS manager, with the assistance of the Reveal platform and additional IRS commodities, was able to bring IRS to high coverage levels  in all areas. The spatial intelligence afforded by Reveal, including the dashboard features, were extremely helpful to guide campaign implementation and mop-up activities. The IRS manager noted “With Reveal, there is no room for guess work. Decisions such as where to spray, how many SOPs to deploy in an area or planning for how long it will take to spray a given area, are made using data. In the past, we used to leave an area once the allocated number of days were finished, regardless of whether some areas were reached or not. With Reveal, we are able to see which areas have been sprayed and plan whether some areas need mopping up.“

Indeed, field teams using Reveal are no longer “operating in the dark.” Through clear visualization of each household or community on a digital map and the ability to plan, deliver, and track health commodities, teams are motivated, empowered, and excited to get health services to all.